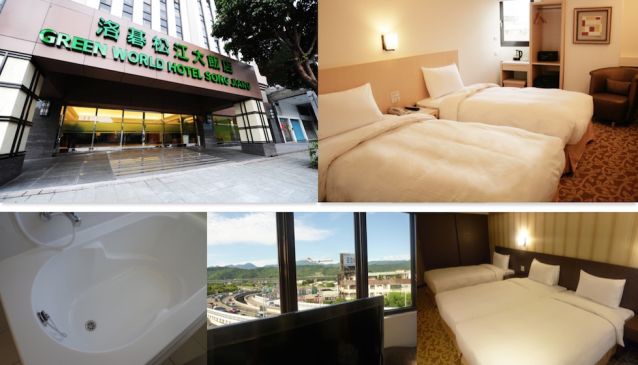 Green World Hotel Song Jiang Taipei sits at the bustling Zhongshan District of Taipei City. It's a ten-minute-walk away from the well-known Xingtiangong Temple and MRT station. The hotel opened in September 2012. It is a seven-story building with 122 rooms. There is also a fitness center in the building. Each guest room provides toiletries, internet access and an LCD TV. Rooms available are Superior Twin, Superior Triple, City View Suite, Classic Family Suite and Deluxe Family Suite.