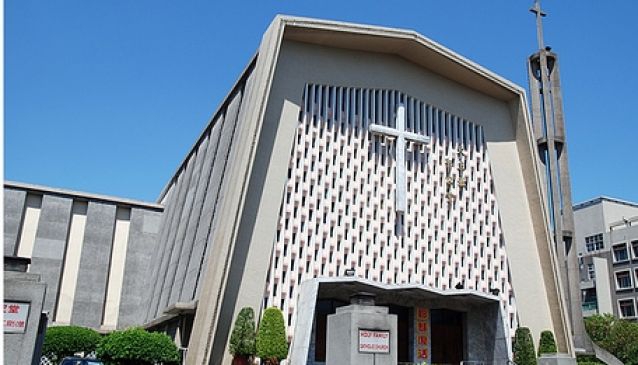 Taipei is a city full of temples and places of worship, yet there are few Christian churches, either Roman Catholic or Protestant. Only about two percent of the population is catholic, so the churches are not numerous or impressive in terms of size. This church became very popular with the expat community, largely because of its beautiful location in the heart of the city, opposite Daan Park and in the proximity of Jianguo Holiday Flower and Jade Market- much beloved weekend destination of jade jewelry enthusiasts.

Architecturally the church is not sensational and therefore it should not be considered as a first-choice tourist attraction. If you are a catholic and would like to attend the mass while in Taipei, the church holds services in English on Sundays at 9:45 a.m.