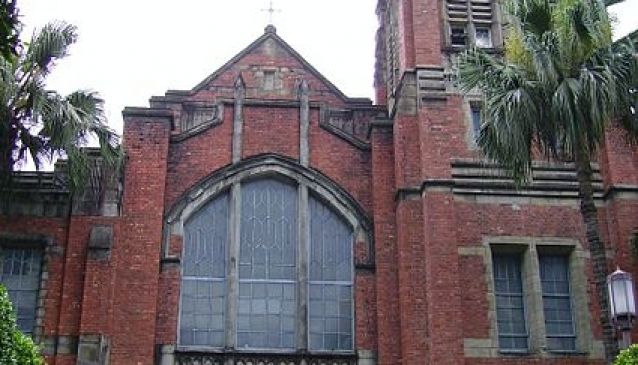 It is one of the lesser-known historic sites in Taipei.  This magnificent neo-gothic temple was designed in 1916 during the Japanese Imperial period. Its architect Ide Kaoru is widely believed to be the father of modern architecture in Taiwan. He also designed such outstanding and famous monuments as Taipei City Hall and Legislative Yuan building.

The church stands as an example of how European ideas were making their way into the cultural landscape of Far East Asia. Western gothic style- with its pointed arches, the use of red brick and multiple arched windows - was considered more suitable for a house of worship of a historically Western religion.  The church is situated within  walking distance of NTU Hospital, which is another spectacular example of Western historical-style(yofu)  in Taiwanese architecture of the early 20th century.