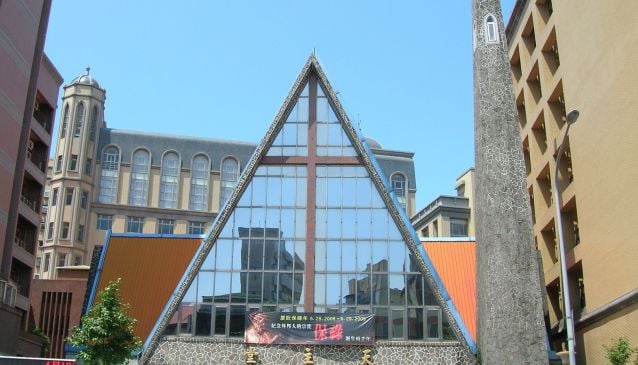 The Roman Catholic Archdiocese of Taipei is a place of worship with an exceptionally vibrant congregation. The church is situated in the lively area of the city with lots of restaurants and cafes. The building is quite small compared to archdioceses in Europe, largely due to the relatively low percentage of people in Taiwan identifying themselves as Catholic.

Roman Catholic Archdiocese has a triangular, glass façade reflecting the surrounding buildings and the all-too-often cloudy sky of Taipei. The church celebrates Mass in many foreign languages, such as English, Spanish, French, Vietnamese, Indonesian, Japanese and Korean. For a complete list of scheduled services, please visit the website.