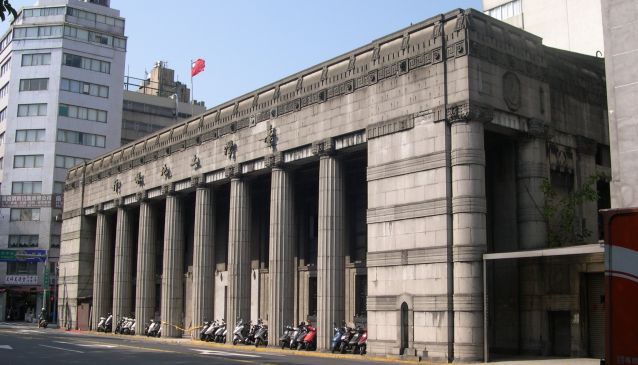 Directions to Land Bank of Taiwan

After the Meji restoration in Japan, Taiwan started to absorb Western architecture on a grand scale. Japanese architects, during the period of Japanese occupation, brought to Taipei European-style buildings that symbolized civilization and power. The Land Bank of Taiwan is an example of such architecture.

Built in 1933 in grand Roman- Greek neoclassical style, the building is situated nearby National Taiwan Museum.  The part of the Land Bank is still used as an exhibition hall and it is opened for visitors every day except Mondays.  This neoclassical structure is hemmed in by modern, low-quality Asian architecture, and in its surroundings looks somewhat like from outer space.