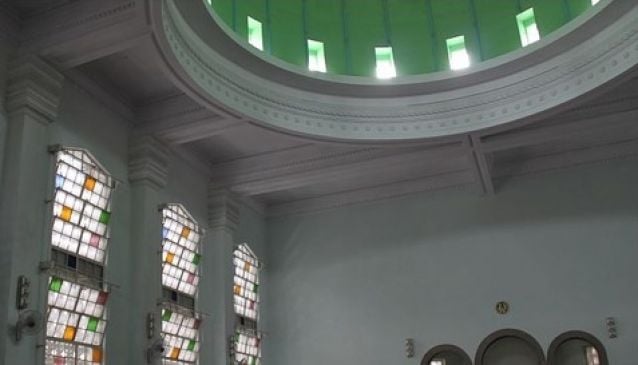 Taipei Cultural Mosque was built by Akhond Hsiao in 1950, who is from northwest China. He was also the leader of Chinese Muslim Youth League, trying to spread Islam through cultural movements. Their practice is highly influenced by Han Chinese culture, so they were attacked by Chinese Muslim Association. (Muslim association runs the Taipei Grand Mosque with Saudi influence and government support). This has made Taipei Cultural Mosque quite isolated.

After Akhond's death in 1990, Taipei Cultural Mosque declined even more. Recently they received help from Indonesia Economic and Trade Office in Taipei, accomplished a renovation and became a small gathering place for Indonesian and other South East Asian and South Asian muslims.