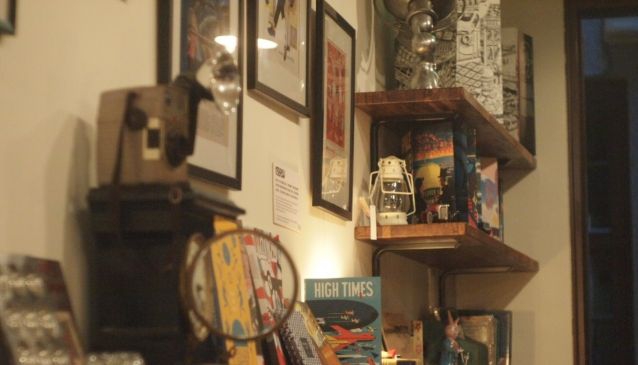 Cho-Pi Photographic store is a further evidence that the Dadaocheng area is indeed a magical myriad worthy of explorations. The Cho-Pi stores itself is a nostalgic treasure trove. The shelves are lined with exquisite graphic novels with unusual titles like 'A Graphic History of Medical Illustrations' or 'Proust in Comics'.

For camera fanatics, this retail outlet is enthralling. Shelves soar to ceiling height in this tiny corner store - bursting with vintage and refurbished cameras - some still usable, some rendered obsolete because their intended film is no longer produced.

In a tiny refrigerator, Cho-Pi stores a number of polaroid film formats - some of the more rare Kodak camera variety, that you may not have believed even still existed. From vintage prints to graphic postcards, the store is a design-lover's delight. For a memory of your venture up to the second floor of this old building, pose for a polaroid print, both taken and developed in store.