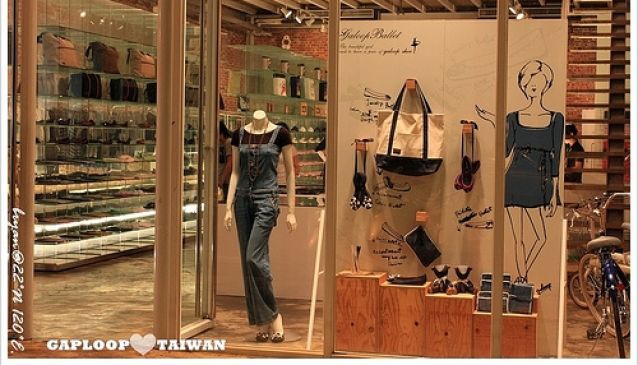 Galoop is a style staple for chic basics in Taipei's design-forward district, Zhongshan. This neighborhood of cute cafes also has some of Taipei's most chic boutiques - Galoop being among these. This lifestyle brand is materialized in a clothing line for men, women and children. Simple but stylish basics. Galoop's range is wearable but memorable in details like asymmetrical hemlines, colorful fastenings and off-the-wall detail.

Galoop's Taipei, Zhongshan store also features their equally idisyncratic stationery line.  Galoop began as a just a lifestyle brand but have now expanded the brand to a gallery in Khaoshiung. Galoop's Khaoshiung gallery features the fashion range found in the Galoop Taipei store, as well as Galoop's range of home interiors.