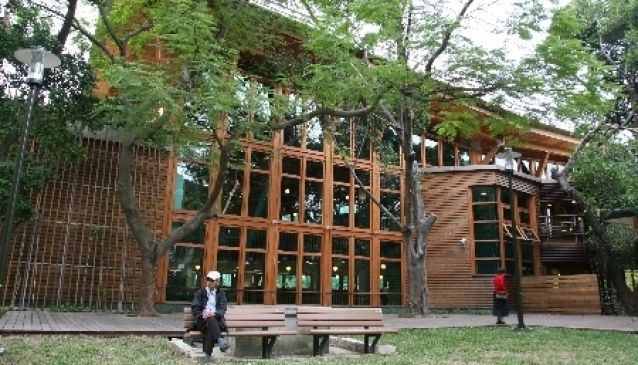 Dating back to the time of Taiwan's Japanese occupation, Beitou Park's stands proudly imbued with the design aesthetic of that era. Best recognized for its two iconic fountains, Beitou Park is a green oasis of lawns and lilypads.

The park is situated at the end of Taipei's red MRT line - at Beitou MRT station. The stunning Beitou Public library is one of Taipei's proudest architectural feats, an interactive and welcoming space to visitors. On popular US websites, the library has been named among the top 25 in the world. Beitou Public Library is nestled within the verdamt boundaries of Beitou Park.