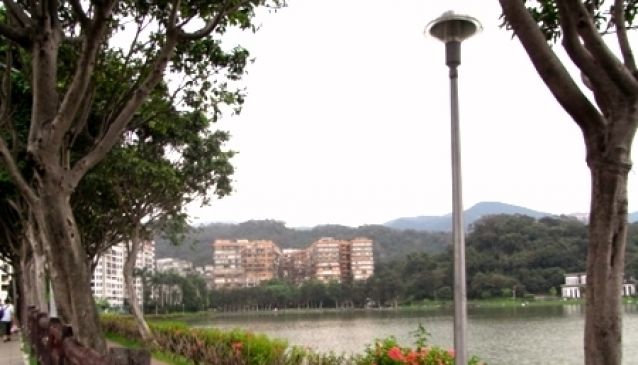 This park, a few minutes walk from Wende MRT station in the Neihu District, features several attractions, most of which are centered around the large lake in the middle of it. The lake was used as a reservoir for the surrounding rice farms before 1987, until the area was first developed.

Many of the walking paths are decorated with native flora, some of which are rarely seen outside of Taiwan. The park also boasts several recreational facilities, such as tennis courts and a swimming pool. Bihu Park is also used as the starting point for several lovely hikes in the surrounding mountains.