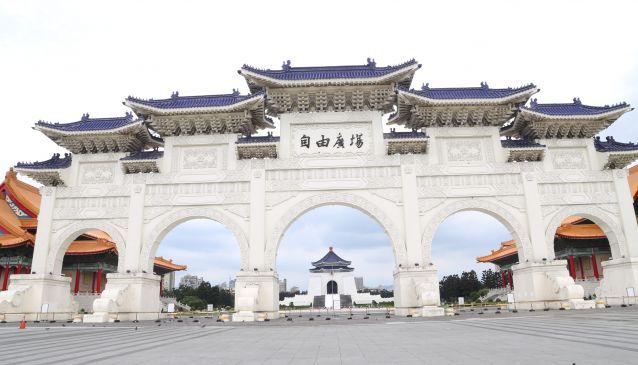 A memorial hall that hails the world-renowned Chiang Kai-Shek, this landmark of Taipei stands proud in the heart of the city. Opened in the 1980s, Chiang Kai-Shek Memorial Hall was erected in memory of the former President of the Republic of China, Generalissimo Chiang Kai-shek. Although it's officially entitled Liberty Square (自由廣場) (according to the letters displayed at the gate), the entire site is commonly referred to as Chiang Kai-shek Memorial Hall. It sits on a 250,000 square-meter area and is one of the most visited tourist destinations, since being opened to the public in the 1980s. The white memorial hall building itself is brilliantly white marble with deep blue roof tiles and red accents - a colour scheme resonating the Republic of China's flag. As the number eight is considered extremely lucky in Taiwanese culture, the building itself is an octagon - eight symmetrical sides.

Performances, impromptu rehearsals and community activities are also held in the garden and along the walkways. On weekends, the area is bustling with locals making use of the communal public space and tourists eagerly paying tribute to the man who brought the Kuo Min Tang (KMT) to Taiwan.

In carefully manicured gardens, woven into the Chiang Kai-Shek Memorial site, visitors hide away from the crowds and sunshine of the courtyard on sunny days. It's common to find lovers poised on the bridge, blanket-bound readers occupying lawns or koi fish swirling beneath the gaze of a solitary, pensive visitor.