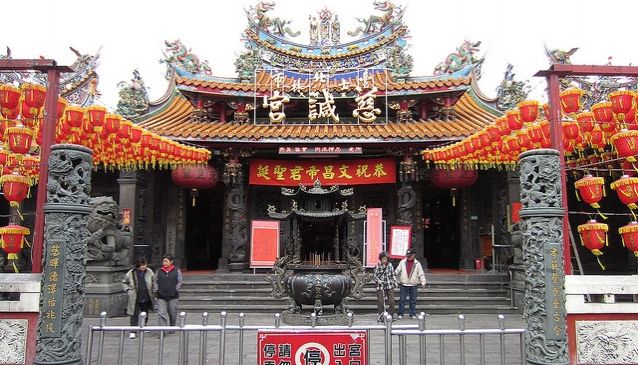 In addition to the night market found in Shilin District lies the Cixian Temple, which is also knows as the Shilin Matsu Temple. It is listed as a third-grade national historical site that houses relics aging from the late Qing Dynasty and Japanese Occupation Period. Built in 1796, the Cixian Temple was originally known as Tianhou Temple. It was destroyed in a fire and was rebuilt later at the center of what is known today as Shilin New Street. In the present day Cixian Temple, there are two halls, two galleries and two wings that all together form five courtyards.