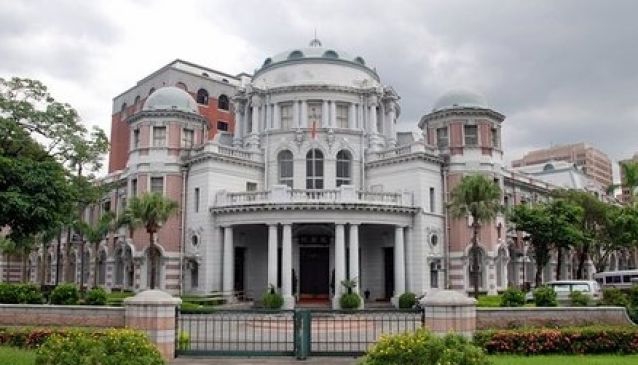 This marvelous building was designed by Moriyama Matsunosuke, who's most representative work, the Presidential Palace, is located nearby Control Yuan (監察院). The Control Yuan is the highest supervisory organization in Taiwan that monitors the efficiency of other governmental institutions.

Completed in 1915, the building was influenced by Western-style historic architecture, notably Baroque. The architect adopted certain Western architectural elements such as mansard roofs, pink brick, a curved portico with Tuscan columns. The building serves as an example of how official architecture of the Japanese occupation period relied on a broad selection of Western historical styles to symbolize the enlightened progress and civilizational superiority.