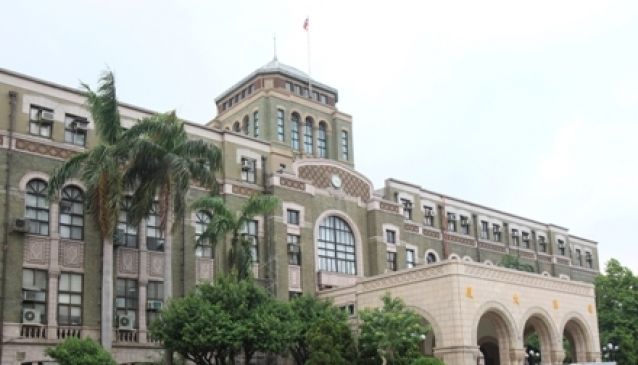 Judicial Yuan of the Republic of China

The building was designed by Ide Kaoru during the Japanese occupation of Taiwan of the early 20th century.  It replaced Guangong Temple from the Quing Dynasty. Originally it housed the High Court of the Taiwan Governor-General; currently it is the headquarters of the ROC Judicial Yuan, the highest judicial organ of the country.

The building stands for an eclectic blend of Byzantine, Islamic, and Oriental elements.  Influenced by contemporary architectural ideas, the architect deployed many details that are associated with classical architecture in a subtle and fairly simple way. The octagonal tower, pineapple flower patterns and other motifs were used to give the building a local touch.