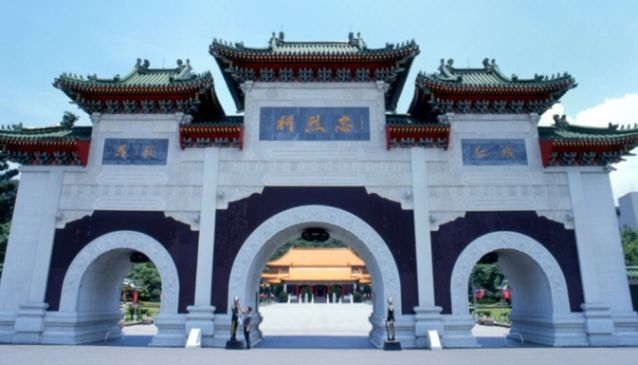 The Revolutionary Martyrs' Shrine, leans against the hills of Qing Mountain, overlooking Keelung River. Constructed in 1969, the majestic structure reflects the architectural style of the Taihe Dian Imperial Palace in Beijing. Encircled by expansive green meadows and sheltered by the surrounding mountains, The Revolutionary Martyr's Shrine is imposingly stately in its solitude.

The bold blue archway was erected to represent the courage of they 330,000 patriotic martyrs who sacrificed themselves for the revolution during the Sino-Japanese war and the Chinese Civil war. Tourists regularly gather here to marvel at the guards, rigidly guarding the main gate until the ceremonial changing of the guards.