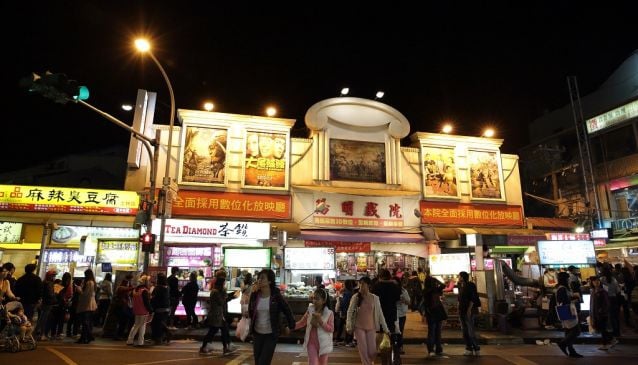 The Yangming Theater is located on Wenlin Road in Taipei's Shilin District. The closest MRT stop is the Jiantan Station (red line), just a 5-minute walk from the theater's front doors. Location is everything for the Yangming Theater, as it is just a few doors down the road from the entrance to the bustling Shilin Night Market.

Head to the market just as the sun sets, grab some local delicacies, shop until you drop, and then head next door to relax and catch the latest movie at the Yangming Theater. The theater isn't as modern as some of the newer complexes in Taipei, but, considering the price and location, it's still a solid place to catch a flick.