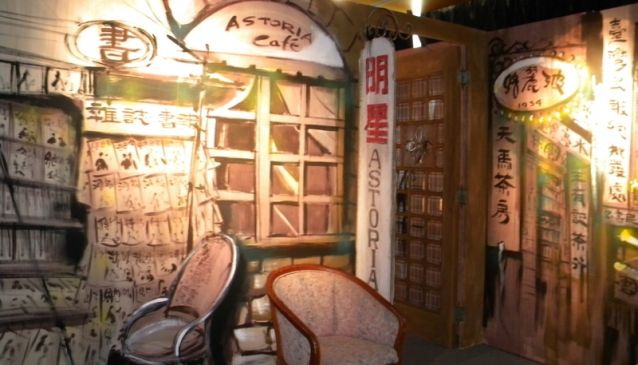 Astoria Cafe (明星咖啡館) is one of the most famous and historical cafes and restaurants in Taipei. Founded in 1949 by three Russians and Taiwanese, Astoria Cafe soon attracted attention from this old neighborhood. The customers would come with big black luxury cars, including Faina Chiang, the first lady to-be.

In the late 50s, Astoria Cafe gradually attracted also artists such as painters,  writers, choreographers to have their gatherings there. Many of them became famous afterwards, making an all-star list of customers for Astoria Cafe.

Astoria Cafe was closed once but its old supporters began to seek for chance to reopen it. Now with the daughter of the original Taiwanese founder, Astoria Cafe is back and alive again, still with the old world feel and offering Russian dishes