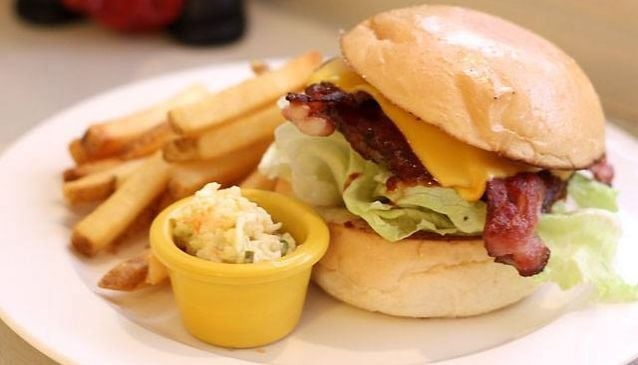 Down in an alley nearby a Carrefour in Shilin District, Eat! Burger is a well received restaurant among expats and locals alike. American food is served here, namely (as the name says) burgers. Eat! is a short distance from Zhishan MRT station, and has a simple interior to mimic a contemporary diner.

The menu has plenty of options to choose from among burgers and others: have a typical cheeseburger, double or chili, BBQ, Hawaiian, Tartar Chicken, fried fish, and more (even vegetarian). If not craving a burger, Eat! also has a list of salads and even 'main dishes' for something different: chili hot dog, pasta, New York steak, even ribs. Drinks here range from tea, to soft drinks, to milkshakes (and root beer floats), to beer.