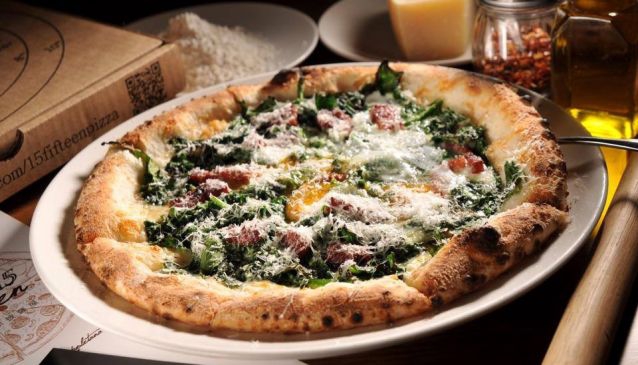 Pizza is very familiar in Taiwan, whether with Asian-style or Western-style ingredients. Fifteen Pizzeria Napoletana adds its name to the extensive list and has its own loyal base of customers. What makes Fifteen stand out is its deviation from the trend of pizza crust that is as thin and crunchy as crackers, instead turning to Neapolitan style thick crust.

The prices here are not in the cheap range but still affordable (expect a 10% service charge on final bill). Toppings for pizza can include cauliflower, garlic, clams, bacon, spinach, and much more. If wanting more than a pizza, Fifteen also has sides to try, such as salads, soups, and stir-fried mushrooms. If craving a beer, check out the German beers on tap.