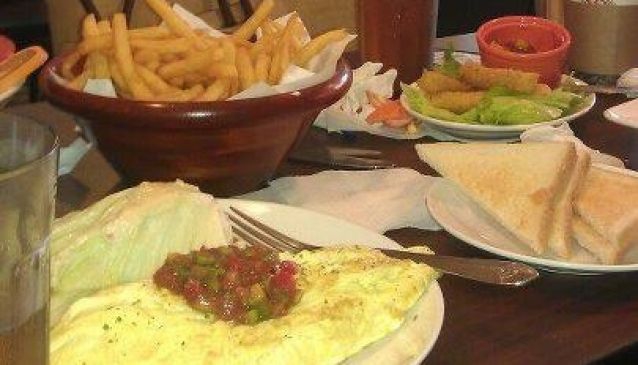 Out in Wenshan District is the hamburger joint known as Juicy Bun Burger. The owner conceived the idea of Juicy Bun after a ten year expat life in the US, which included working as a chef. After touring various parts of the country, he decided to bring what he has learned back home. Open for a good part of the day, Juicy Bun is available for brunch, lunch, and dinner.

Using beef imported from Australia, delicious burgers are made with ingredients like fried onions, mushrooms, pineapple, bacon, and more. Don't want a burger? Take a look at Juicy Bun's omelettes and hot dogs. This restaurant can be found down the street and around the corner from Taipei Zoo, so one can get a meal at Juicy Bun before or after a tour there.