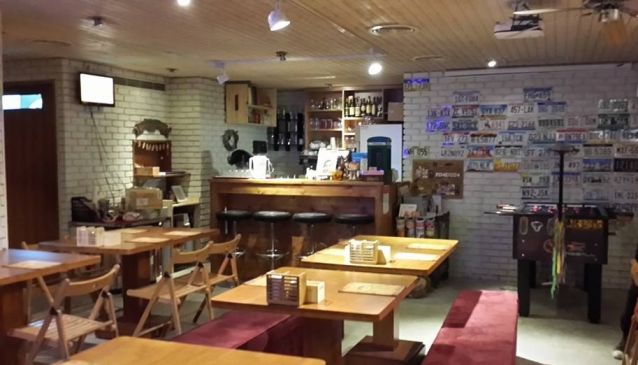 Named after the US highway nick named 'The Mainstreet of America', Route 66 Restaurant promotes American cuisine and culture. A small location in Daan district, with a gas station pump outside and a mural of American liscense plates in the shape of the USA on the wall inside. The menu is extensive with choices named after American states and places (and loaded with American imagery): Missisippi Salmon Steak, Kansas Pork Ribs, California Calamari Rings just to name a few.

The bar serves plenty of cocktails, some of which are named after yet more Americana (Cowboy, Pearl Harbor, New York), along with plenty of beer choices. Don't want alchohol? Have a milk shake instead. Be prepared for a 10% service charge on top of what you order. Looking for better American food or to be slapped with American culture? This place will have all the Americana you desire.