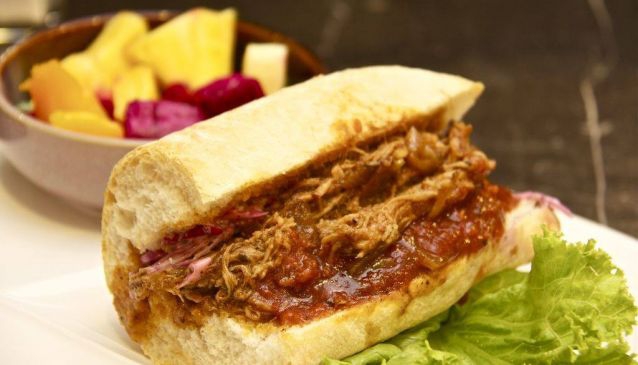 Whalen's Eatery, located in the Daan district of Taipei, has quickly become a go-to for Western comfort food since it opened in July, 2012. This restaurant is situated off of Anhe Road, just around the corner from the Far Eastern Plaza Hotel. On a popular block for eating and imbibing, with Carnegie's, Villa Herb, Mangiamo and Prozac Balcony all within twalking distance, Whalen's is a ten to fifteen minute stroll from Technology Building MRT station on Taipei Metro's brown line.

Whalen's is open for breakfast, lunch and dinner and is guaranteed not to disappoint anyone with a hearty appetite and a carnivorous craving. The menu features a wide variety of classic Canadian dishes and thanks to the ample starch, cheese and gravy, is particularly popular spot during the winter. Waves of expats pour into Whalen's during the festive season in Taipei, for the rare treat of Turkey and cranberry sauce.

On Whalen's extensive menu, with as much selection of sides and beverages as main courses, are all of the classics you'd expect from a Canadian-owned eatery. This cozy, country home style interior is well suited to a family meal and the menu brags of skillets, omelettes, sandwiches, wraps and meaty main courses. Everything at Whalen's is served in eye-widening, belly-stretching portions, certainly worth the buck invested.

Whalen's is truly famed for its Poutine. Poutine is a French-Canadian delicacy, of french fries covered in thick gravy and creamy cheese curd. Not for the light of heart or the tight of pants. The 'Philly Steak Poutine' and the 'Pulled Pork Poutine' come recommended as the most popular.