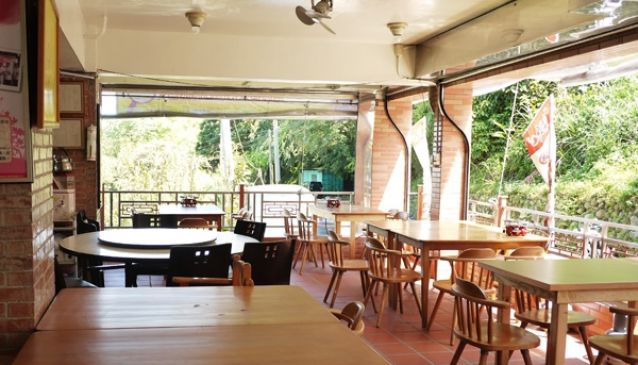 Big Tea Pot (貓空大茶壺) is one of the tea houses/restaurants in the Maokong mountain area. For those unfamiliar, this entire region in southern Wenshan district is very well known as a tea producer; tea shops are everywhere, cultivating the tea fields to serve and sell the many different brews that charm tourist and local alike.

Big Tea Pot is no exception. Not only do they serve an abundance of teas (including but not limited to Oolong, plum, pumpkin, and the more premium priced brews named after ancient gods) but also offers mainly traditional Taiwanese-style cooking, including dishes that are made with tea as a ingredient. Cold sliced chicken, fried rice, thin noodle soup, among many others. There are even meals sets that can feed between two to ten people. All this while enjoying the Maokong view.