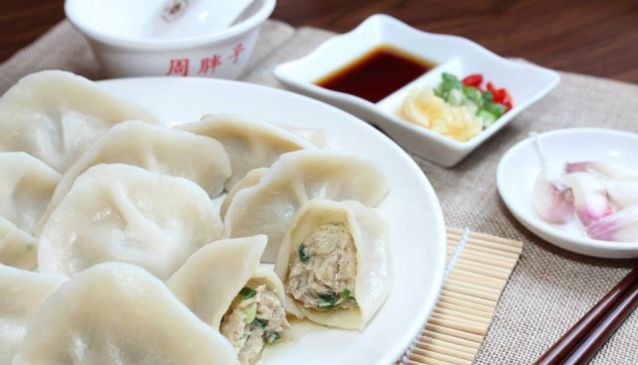 Zhoupanzi means 'Fat Zhou' in Mandarin. It's easy to guess a restaurant named like this because the founder Mr. Zhou was fat. Mr Zhou was a veteran who has came to Taiwan with Chiang Kai-Shiek from China after 1949. Initially Zhoupanzi Dumplings was operated in the Ximen area, later Mr. Zhou handed it over to  the current management and the brand keeps growing.

Now with more than 10 branches in Greater Taipei. Zhoupanzi adds more varieties to their menu, but still keeps some of the older northern Chinese taste with their original dishes. Their signiture dumplings are really worth trying. The restaurent also sells their frozen dumplings with home delivery services.