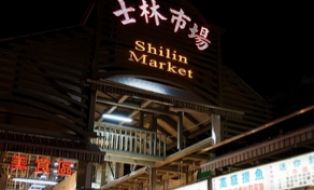 Markets Recommended Things To Do

A symbol of Taiwan, night markets are among the must-do and must-visit lists of tourists. There are a number of night markets all over the island to choose from. Perhaps the most frequented by tourists, Shihlin Night Market is one of the largest night markets in Taiwan. Shilin Night Market was first established as a daytime market, as far back into Taiwan's fistory as 1909. Today the market center is predominately populated by food vendors and little eateries, with over five hundred stalls in the food court. Among the favourite food items purchased at Shilin are big fried chicken breast, oyster omelet, Taiwanese sausages, fresh thick soups, stinky tofu, pearl milk tea, fired buns, peanut candy, oyster vermicelli and anything tempura.

Shilin Market is not only good gastronomically. In the market surrounding the Shilin Market Hall, stalls selling toys and trinkets (non-food items) have spilled out of the center and onto sidewalks. Meander out of the food court, into side streets and you'll find cinemas, video arcades, karaoke bars and brightly lit souvenir shops. Even better, further out toward the market periphery (and further North as it happens) Shilin Night Market is brimming with fashionable apparel. From the dime-a-dozen, cheap-as-ships, Made In China items that are all over Taipei, to far more rare signature items, there is plenty of trendy gears  to choose from across different pricetag ranges.

Like most of Taiwan's night markets, Shilin's stalls really kick into gear around 4PM. Crowds really swell between 8PM and 11PM, when school's out and mom and dad drag the little ones into the market for late night feeding. Most stalls close between 1AM and 2AM. For those choose to drive there, take notice that a large parking lot situated on the second floor of the Shilin Market Center - providing parking to over four hundred vehicles.