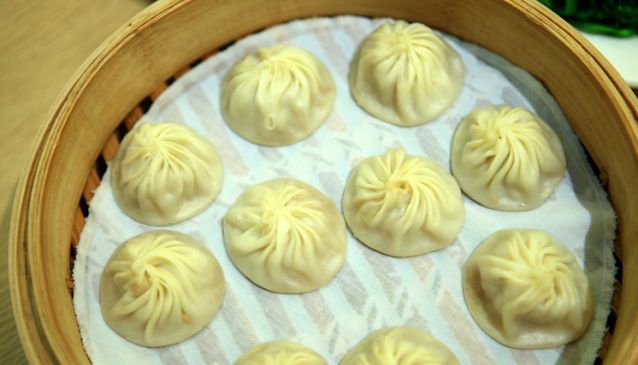 Din Tai Fung holds a reputation for being one of Taiwan's most distinct and culturally rich dumpling houses. Long ago, a cooking oil retailer sold his store to a young businessman by the name of Bingyi Yang. The business man opened a restaurant on the premises, but did not bother to change the sign, which still carried the name of the cooking oil store 'Din Tai Fung'. The restaurant became famous for its dumplings, specifically the soup dumplings called 'xiaolongbao'. And so, Din Tai Fung was born. It's flagship store was in Hualien, as far back as 1958. Known for the freshest dumplings, the store soon expanded to include branches in other Taiwanese cities, including Taipei.

An oasis of Taiwanese comfort food, this eatery offers many varieties of steamed and fried dumplings, for meat-eaters and vegetarians. Every visitor to Taipei must try steamed and friend dumplings, and Din Tai Fung attracts many visitors b catering to various tastes. The restaurant is open for breakfast, lunch and dinner - thank goodness. The line at Din Tai Fung is something to behold on its own,

This restaurant is well suited to families and also offers the option of a take-away meal, for those who'd rathe spare the queue for seating. Also take note that Din Tai Fung has various locations in Taipei and some (like the Yongkang Street branch) are much busier than others. Also, for those wondering home after a night on the town, Din Tai Fung is still serving us fresh, steaming dumplings late at night.