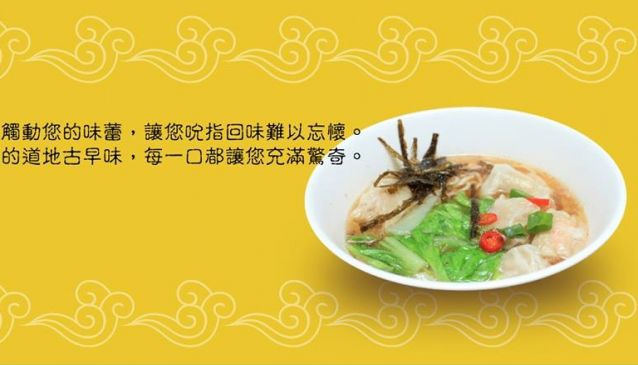 Because of its reputation for Taiwanese dumplings or pen shih, this eating place (高雄五福鮮蝦扁食) attracted a range of celebrities including the movie star Jackie Chan. Established on Wu Fu Road in Kaohsiung decades ago and later moved to Taipei, the owner Chin-Tai Lin once bagged the title of the fastest (hand-made) dumpling maker in Taiwan.

In addition to being speedy, Mr. Lin invented an original wrapping method to make his shrimp penshih dumplings rectangular instead of  the traditionally rounded shape. Somehow this makes the dish one of the most craved for amongst costomers in his store. Also great to try are the spicy red oil penshih and the stewed minced pork with rice.