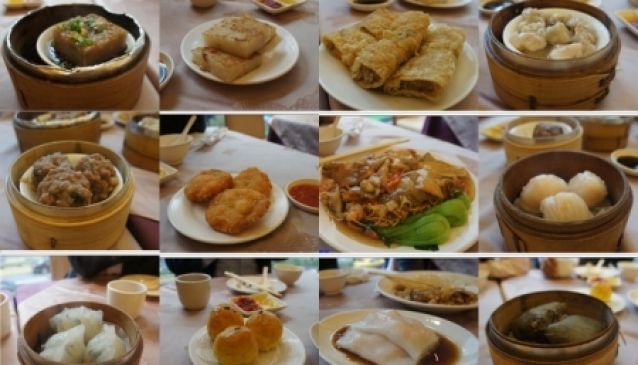 In the 1960s, Ying-Cha restaurants were one of the most popular kind of restaurants in Taipei. However this started to decline and restaurents experienced struggles during the seventies and eighties due to the new trend of western fast food. Citystar (吉星港式飲茶) started its business at the crossroad of Zhongxiao East road and Dunhua South road, one of the hottest spot of Taipei night life in 1989.

Running 24 hours, Citystar hired chef from Hong Kong to provide authentic Ying-Cha tradition to Taiwanese customers, trying to revive this kind of restaurants in Taipei. It worked. Now with four branches, Citystar provides many kinds of dim sum and Chinese cuisine to customers across the city.  Note that they may not have English-speaking staff during late-night hours.