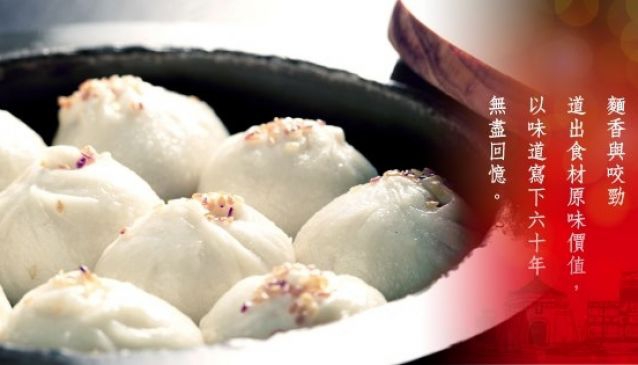 One of the greatest motivations to visit Taiwan is to indulge the belly. The best way to do it on this food-loving island, is to do it local and Kao Chi is a perfect example of why. Kao Chi (Shanghainese) is one of Taipei's most underrated and longest-standing restaurants. Over fifty years old, KaoChi was established in 1949 and remains today in the foodie-friendly area,  right near Zhongxiao-Fuxing MRT Station (Blue Line). There are two other stores found in Taipei city.

It was originally opened to soothe the bellyache of Chinese expatriates from China and those who had previously lived in the south port city of Shanghai. Today Kao Chi offers an extensive and affordable range of authentic Shanghainese and Chinese delicacies. Arguably, outdoing the famed rival dumpling house, Din Tai Fung, with their staple xiao long bao. Kao Chi's xiaolongbao, or 'steamed buns' as they are listed on the menu, are famed for the flavourful option of crab roe stuffing.  Ordinarily served stuffed with shredded pork, Kao Chi's crab egg and pork interpretation is well worth the extra $100NTD per serving, for the delectable succulence created by the added crab roe and mustard.

The xiaolongbao are a must-do for anyone occupying a seat in Kao Chi, though this restaurant also offers the rare chance to nibble at more novel Shanghainese specialties. In Kao Chi's Fuxing branch, some of the better loved dishes are the Northern-style beef pancakes, Cantonese claypot chicken and Wuxi braised spareribs. For a Taiwanese twist on fusion food, also try Kao Chi's fugui dongpo rou (braised and steamed pork belly). Or for something sweet, the lianghuang jianguo bing-- a chestnut-paste-filled, sesame-encrusted pancake.