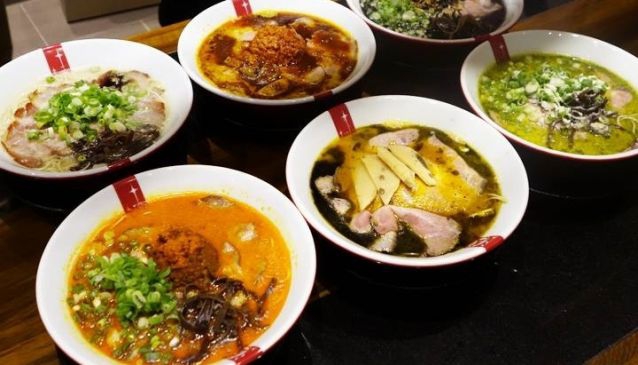 Ramen Nagi originally had humble beginnings in Tokyo, Japan. Repeatedly winning awards back home in Japan, it has expanded to Indonesia, the Philippines, and four locations in Taiwan and continues to grow. Even in Taipei, it remains consistently popular with visitors. The menu is broken up into six sections to add together to bring out ones best personalized ramen.

The four main types of ramen go from Midorio (olive oil, basil), Kuroo (garlic, squid ink), Akao (chili oil, cayenne pepper), and the award-winning Butao (traditionally made pork broth). The personalization goes into soup base (richness), toppings (pork, vegetable), spiciness, noodle thickness, and sides. Ramen fans in Taiwan should give Nagi a try, in one of the Taipei locations (Daan, Wanhua, Shilin Districts) or the one in Taichung.